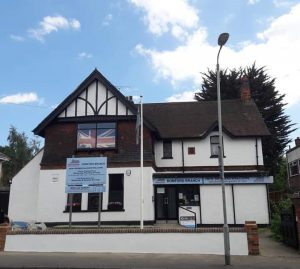 The RAF Association is established to promote, through the comradeship engendered by its members, the welfare by charitable means of all serving and former members of our Air Forces, their spouses and dependants, together with the widows and dependents of those who died whilst serving or subsequently.

Royal Airforce Assoc. has been active in Romford since 1945 and their Romford Branch has been based in Carlton Road since the early 1950’s. It is supported by a well-established social club which helps to raise funds for the association.

The current RAFA Club building was originally built in 1881 as a Town House for a Surgeon, it was called Carlton House, from which Carlton Road was named. 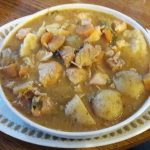 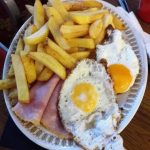 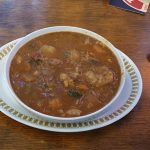 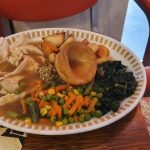 Each week we provide a varied menu, that can include old style home-cooking favourites such as:-

plus many more delights

Then – for dessert, you can choose from the following selection of favourites:-

All of the above for the ridiculous cost of only £5 per dinner & £2 per dessert.

So why not pop by one lunch time and enjoy some dinner with us – you certainly wont be disappointed & we’d love to see you.

ACTIVITIES & ENTERTAINMENT at the RAFA - this week **IMPORTANT NOTICE** FROM WEDS 18th MARCH 2020-THE RAFA CLUB-ROMFORD WILL BE CLOSED TEMPORARILY UNTIL FURTHER NOTICE.THIS DECISION HAS BEEN TAKEN TO PROTRCT THE WELFARE OF THOSE MEMBERS/GUESTS WHO MAY BE AT RISK, AT THIS PRESENT TIME.